Looking to try a drink that smells like a toe? How about adding a mummified toe to your drink? You can if you plan on heading to Dawson City in Yukon. The Downtown Hotel serves a drink called the "Sourtoe Cocktail" which has a real toe in it.... just don't eat/drink the toe.

According to reports, the toe went missing Saturday night when one patron decided to drink it and swallow the toe.

“I’d never, ever expected something like that to happen,” said Terry Lee, still flabbergasted by what he saw at the Downtown Hotel in Dawson City.

So what does a toe in a cocktail look like anyways? According to Lee, the toe is “mummified” with salt, and put into drinks for brave patrons about 30 to 40 times per night. Why would anyone want to drink this you ask? You get to join the club. More than 52,000 have are part of the toe drinking club, and each brave soul receives certificates and membership cards.

Apparently the toe is a dark brown colour, and completely wrinkled. Lee usually recommends trying it with Yukon Jack whisky.

There’s a $500 fine for swallowing the toe, which Lee said is meant as a “deterrent.” On Saturday, an unidentified man entered the bar and approached Lee’s station with a shot of whisky. “This guy popped it in his mouth . . . takes $500 out of his pocket and slams it on the table and starts walking away. “I said, ‘Where’s the toe?’ and he said, ‘I swallowed it’ . . . I was shocked.”

So the real question is who in the right mind would eat a toe? 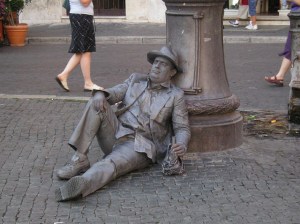 A hangover-fighting beer has long been a dream of party goers all over the world. Until today we have been struggling to find a brew we could drink, get drunk, and not suffer a hangover from. That struggle comes to an end today. Introducing hangover-free beer.