A hangover-fighting beer has long been a dream of party goers all over the world. Until today we have been struggling to find a brew we could drink, get drunk, and not suffer a hangover from. That struggle comes to an end today. Introducing hangover-free beer.

A group of researchers in Australia have been hard at work making this dream come a reality. According to the Huffington Post, it looks like science has finally won.

What did they have to add to the beer to make it hangover free? Was it magic beans? Nope think again...

Scientists added electrolytes to beer, and as a result the beers now help hydrate instead of dehydrate. Dehydration is one of the major causes of a hangover, and apparently a few extra electrolytes during the drinking process help keep the headaches at bay. The scientists took four beers, two regular, one strong, one light, and added the extra electrolytes. Taste-tests confirmed that the addition did not affect the flavor of the beer.

So good news, it doesn't effect the flavor!

“Of the four different beers the subjects consumed, our augmented light beer was by far the most well retained by the body, meaning it was the most effective at rehydrating the subjects,” said associate professor and lead researcher Ben Desbrow. 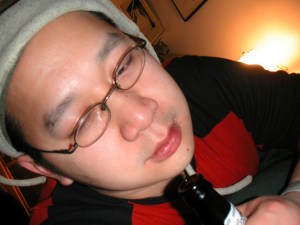 What Beer Sends The Most People To The ER At Hospitals?

Have you ever wondered what beer, brew, or mixed drink sends the most people to the hospital? Apparently now we have an answer: Researchers from Johns Hopkins Bloomberg School of Public Health surveyed ER patients who'd been drinking, and they found that Budweiser was the number one brand consumed.

Filed Under: beer, beer break, Booze, hangover
Categories: Alcohol
Comments
Leave A Comment
Back To Top
NFL Divisional Round This Weekend on WIBX 950