I know it's way to early to be thinking about fall, but enjoying a fall beer is never a bad thing right? Last night I was able to crack open a Blue Moon Harvest Pumpkin Ale. Let me say, it had to be one of the best pumpkin beers I've ever had.

Harvest Pumpkin Ale has been stealing people's heart since 1995. It's crafted with pumpkin and spices of cinnamon, nutmeg, cloves, and allspice for a taste you’ll want to fall right into.

The taste starts out with assertive malty notes and is quickly balanced with the right amount of harvest spices including cinnamon, nutmeg, cloves, and allspice. There’s a small amount of bitterness to keep the malt sweetness from building up.

A medium-bodied ale with just enough carbonation to balance the rich caramel character.

Hands down, it had to be the best Pumpkin Beer I've ever had, and it won't be my last. 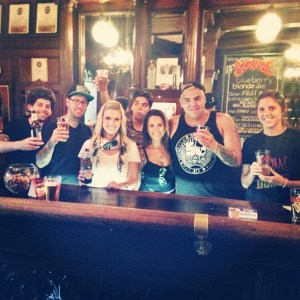 Customers in Utica can now enjoy more Saranac beer through more cans. Several Saranac favorites are now available in cans. According to Beer Pulse, Saranac Pale Ale, White IPA, Blueberry Blonde, and Shandy are now available in cans. "Our canning operations allow us to give our customers the same distinctive taste as the bottle alternative," said company President Fred Matt.