A UFO was reported over Hamilton New York on July 12th 2013. Here's the report we were able to find.

Have you ever heard of Mufon.com? Mufon is a website set up for “The Scientific Study of UFOs for the Benefit of Humanity”. Each day you can find hundreds of UFO sightings from all over the nation. Here’s what we found for July 12th over Hamilton:

Sitting out on deck overlooking lake about 10pm, saw a very bright star like object eratically fly over lake very quickly, it seemed to disappear into trees in distant hills. However it came back a few second later and appeared to start circling the lake, some times it seemed to hover behind trees. After a few minutes there were three or four more that appeared and flew over the lake in about five seconds. The lake is a mile long and half a mile wide. They were darting all over the sky. When seen flying over the lake they seemed star like, when hovering over the trees they seemed much smaller, like small orbs. They were not planes, meteors, or fireworks. They made no noise. After about half an hour they disappeared. It was wonderful and mind boggling."

What was hovering over the lake in Hamilton? 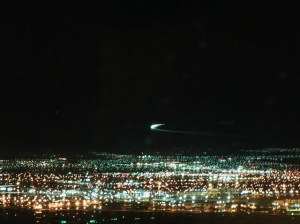 UFO Sighting Over Kirkville And North Syracuse On July 26th 2013

A UFO was reported in the area on July 26th over Kirkville and North Syracuse. The unidentifiable flashing lights were stationary in the sky and so far we still have no answers. Have you ever heard of Mufon.com? Mufon is a website set up for "The Scientific Study of UFOs for the Benefit of Humanity".