The Broome County Humane Society says both dogs are doing well and continuing to improve. Trooper was moved to a foster home at the beginning of January to continue his recovery and Adam is happy at the Humane Society as you can see below.

We appreciate all of the donations that have been brought in recently for the holiday season as well as those for Trooper and Adam. We could not accomplish what we do without the support from the community, our volunteers, and our staff.

We have reached out to the police to ask about the investigation, to see if the $17,000 reward has increased and if we can forward any information that may help them capture the criminals. We'll keep you posted on what they say.

NYS Police Troop C at Homer is seeking our help in locating the people responsible for throwing the dogs out of a moving vehicle in Cortland County...The truck driver told troopers he observed a vehicle which he believes to be an older Dodge Durango slow down, roll down their rear passenger window and throw the dogs out of the window. He described the vehicle as very dirty and had rust along the hatch near the bumper area. He told troopers he immediately stopped to get the dogs to safety...The vehicle was traveling south on I-81 between the Marathon and Whitney Point exit at approximately 9:30 a.m. Wednesday, December 12th, anyone with information is asked to call New York SP Homer at (607)749-1614. 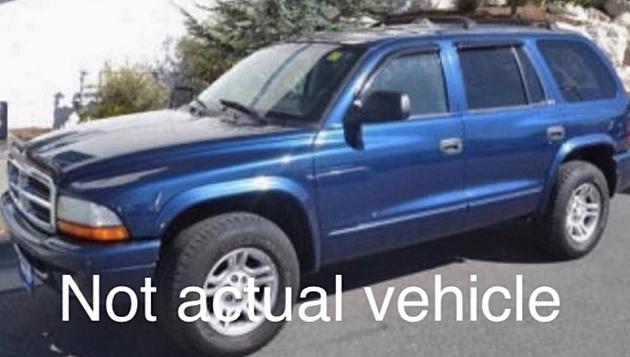 PETA has issued awards to the NYS Troopers and Adam the truck driver who was instrumental in rescuing the dogs. There is also a $16,500 reward (possibly more as PETA has donated another $500) being offered in the conviction of the suspect(s) who threw two dogs out of the moving vehicle on Wednesday, December 12, 2018, on I-81 south in Marathon, NY.

Trooper had numerous injuries including two fractured legs, broken ribs, a lung contusion and is was at Colonial Animal Hospital in Ithaca. After X-rays and seeing an orthopedic specialist he had surgery in an attempt to keep both legs, but due to the extent of his injuries, only one could be saved. Thankfully, Adam only had road rash and is doing well.