A Tennessee dog named August, or “Augie,” just set a record by doing nothing more than living life.

She turned 20 on April 24th, which makes her the longest living golden retriever in history, according to GoldHeart Golden Retrievers Rescue. That’s 140 in people years.

On average, golden retrievers live about 10-12 years, but many don’t live that long, so August has accomplished a big feat.

August lives in Oakland, Tennessee, with Jennifer and Steve, who she’s lived with for 6 years after being re-homed twice due to reasons not her fault.

To celebrate her 20th birthday, she celebrated with her three golden siblings, having a dog-friendly carrot cake.

Check out these 50 fascinating facts about dogs:

How Many Cast Ballots During First Weekend of Early Voting in NY?

Seward Frustrated By Layoffs At Remington Arms, Stands With Union

Rome Police Cracking Down On Bikes With Gas Powered Engines

Best Of The Web

The Latest from 96.1 The Eagle 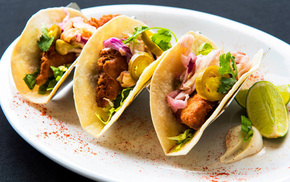 Welcome back to Classic Rewards Club

It appears that you already have an account created within our VIP network of sites on . To keep your personal information safe, we need to verify that it's really you. To activate your account, please confirm your password. When you have confirmed your password, you will be able to log in through Facebook on both sites.

*Please note that your prizes and activities will not be shared between programs within our VIP network.

Welcome back to Classic Rewards Club

It appears that you already have an account on this site associated with . To connect your existing account just click on the account activation button below. You will maintain your existing VIP profile. After you do this, you will be able to always log in to http://961theeagle.com using your original account information.

*Please note that your prizes and activities will not be shared between programs within our VIP network.

Please fill out the information below to help us provide you a better experience.

Classic Rewards Club brought to you by:

Classic Rewards Club brought to you by:

Thank you for your request.