If you're a big fan of Bud Light Lime Lime-A-Rita and Straw-Ber-Rita then today is your lucky day. Anheuser-Busch just announced they plan on introducing Bud Light Lime Cran-Berr-Rita as a winter seasonal drink.

"Bud Light Lime Lime-A-Rita and Straw-Ber-Rita have been immensely popular among adult consumers, and we see a huge opportunity to experiment with the Ritas," A-B's vice president of innovation Pat McGauley said in a statement. "Our upcoming winter offering, Bud Light Lime Cran-Brrr-Rita, highlights the Ritas ability to innovate year-round by combining a staple flavor of the holiday season, cranberry, with Bud Light Lime to create a refreshing, flavorful cocktail alternative.""

I for one am pretty excited to try this. 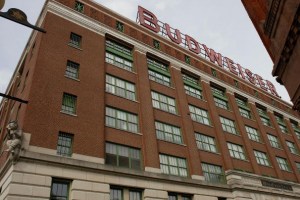 Anheuser-Busch Facing Lawsuits For Watering Down Their Beer

I was under the impression that the beer industry was built on watered-down beer. Apparently not in the U.S. anymore. Yesterday, a group of people in California, New Jersey, and Pennsylvania filed a class action lawsuit against Anheuser-Busch for watering down their booze.